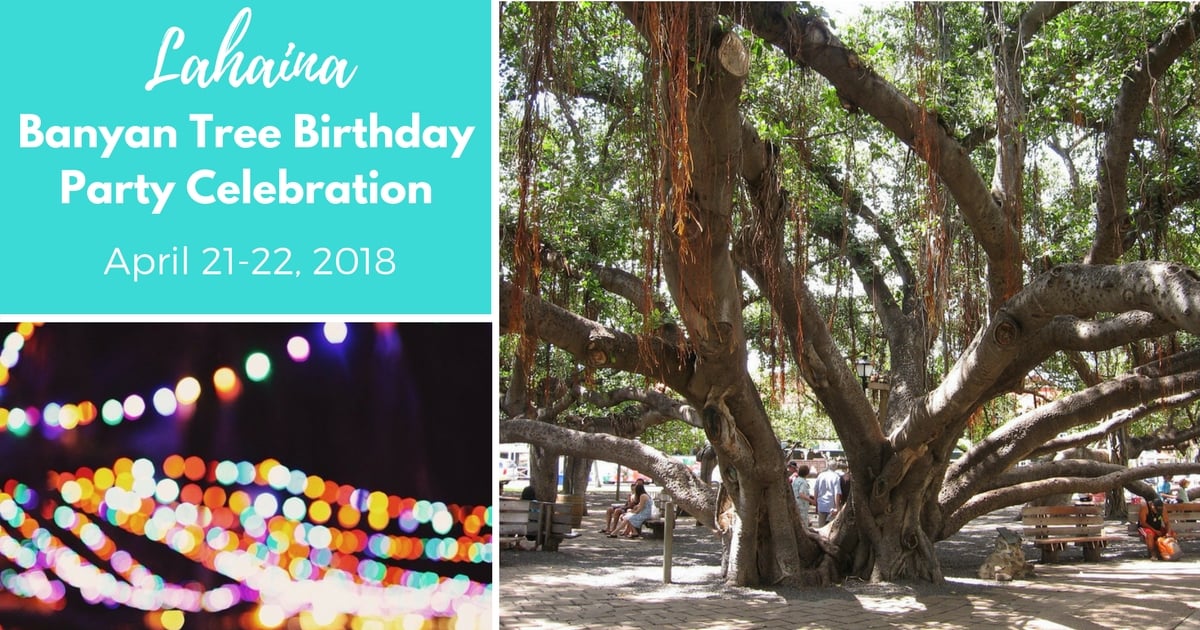 Lahaina wishes Hau`oli la Hanau (Happy Birthday) to the Banyan Tree with a celebration in the park. Probably the most famous landmark in Lahaina – the Banyan Tree was planted in 1873 by the Sheriff to commemorate the 50th anniversary of the first Missionaries. The tree was brought from India and was only 8″ high at the time of planting. It now has a dozen main trunks and spreads over two-thirds of an acre. The Banyan Tree is noteworthy for its size. It has grown by dropping roots from its branches that then become additional trunks.

Celebrated each year the third weekend in April, this party includes a birthday cake, Maui artists displaying nature artworks, a magician and art activities for children as well as Hawaiian music and hula on stage. Held in Banyan Tree Park on Front Street in the heart of Lahaina. Hours are from 9 am to 5 pm.

More about Lahaina’s Banyan tree from The Lahaina Restoration Foundation;

“Dominating the courthouse square in downtown Lahaina is one of the most remarkable aboreal specimens. One quarter of a mile in circumference, its octopus-like limbs stretch outward, spreading a vast network of branches, leaves and aerial roots towards the streets and buildings surrounding it. Extraordinary, almost surreal, it seems more like a fantastic prop from a Tim Burton film than a organism in real life. How did this giant come to lay its roots in this tiny port of Lahaina? Here’s the story:

On April 24, 1873, to honor the 50th anniversary of the first Protestant mission in Lahaina, which was started at the request of Queen Keōpūolani, the sacred wife and widow of King Kamehameha the Great, Sheriff William Owen Smith planted the exotic Indian Banyan. At the time it was only eight feet tall.

After settling in, the tree slowly sent branches outward from its trunk. From the branches, a series of aerial roots descended towards the earth. Some of them touched the ground and dug in, growing larger until eventually turning into trunks themselves. Over the years, Lahaina residents lovingly encouraged the symmetrical growth of the tree by hanging large glass jars filled with water on the aerial roots that they wanted to grow into a trunk. In time, what was once a small sapling matured into a monumental behemoth. 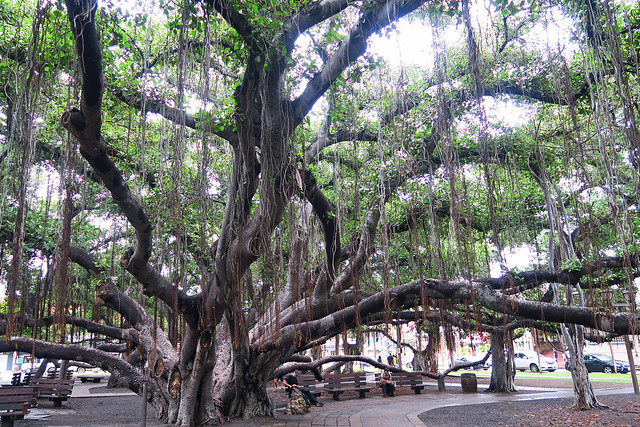 It now stands over 60 feet high, has 16 major trunks in addition to the massive original and shades nearly two-thirds of an acre. Maui County Arborist Committee carefully maintains the health and shape of this majestic tree. It is the largest banyan tree in the entire United States. In recent times, the courthouse square was renamed “Banyan Tree Park” in its honor. Lahaina Restoration Foundation takes care of the park grounds.

Over the years, the Lahaina Banyan Tree has come to serve many functions. First of all, it’s a great place to relax. Several benches are scattered under the large canopy to rest tired feet after a long day of sightseeing and shopping. It’s a favorite for taking photos. The long, undulating branches and stringy roots make for interesting backdrops. On the weekends, local artist and crafters set up tables and booths to display and sell their works from 9 a.m. to 5 p.m. Often, you can enjoy live music, hula and other cultural dances on stage in the park.”

come on over and visit our Local Maui Guide! 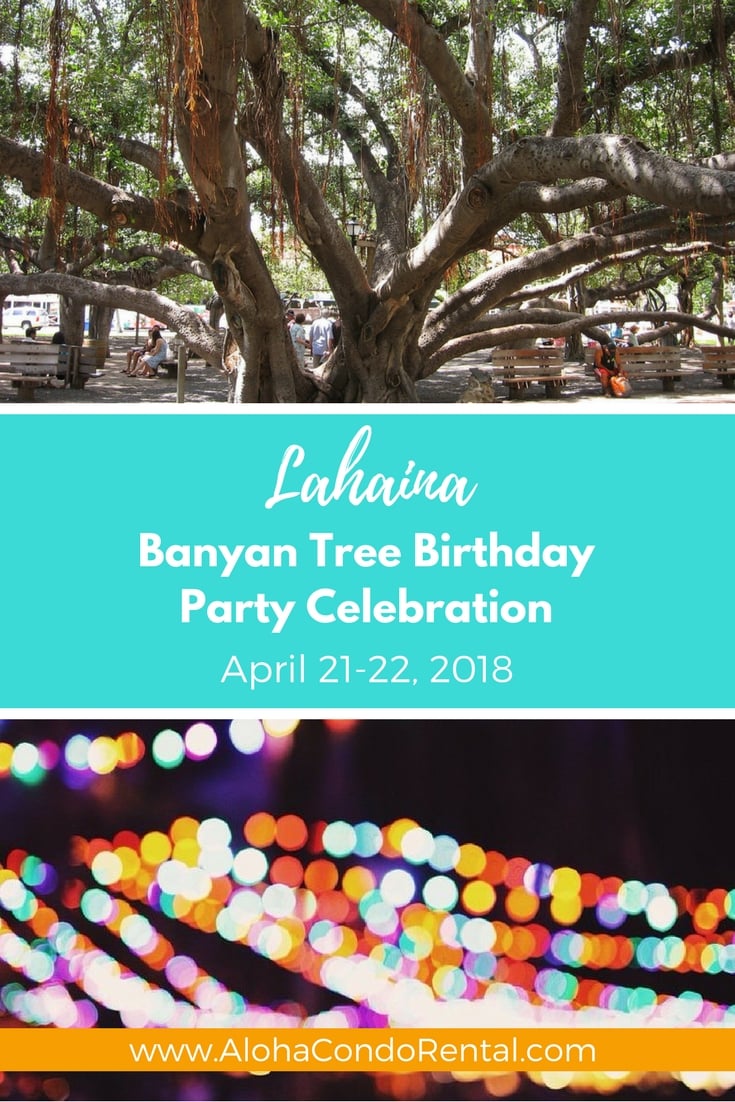