In Pursuit Of The Best Mai Tai On Maui

For those of us who enjoy adult beverages it can be a lot of fun to be In Persuit Of The Best Mai Tai On Maui! Mai Tai’s conjure up thoughts of grass shack tiki bars, drinking out of tiki glasses with tropical fruit on swizzle sticks and of course an umbrella, and trust me, those kitschy style Mai Tais exist but my favorite Mai Tai has grown up a little and offers a little island-style tweak!

This ubiquitous island drink’s name has it’s roots in Polynesian culture. “Maita’i ” is the Tahitian word for “good“. 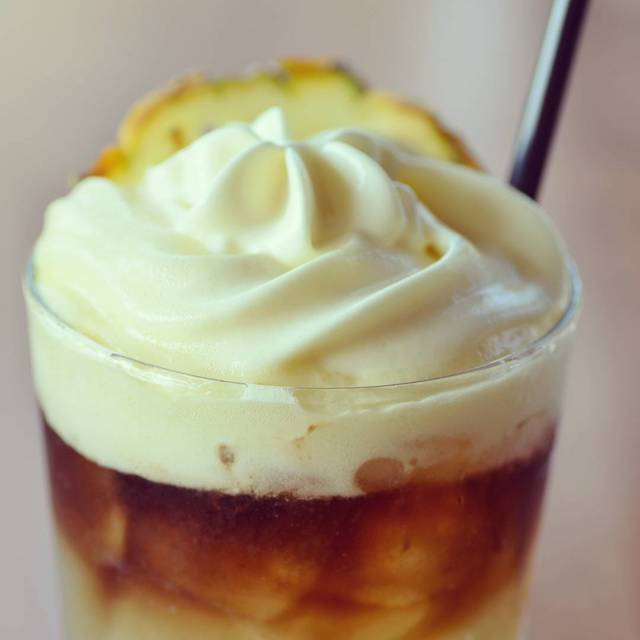 According to Wikipedia; “Victor J. Bergeron claimed to have invented the Mai Tai in 1944 at his restaurant, Trader Vic’s, in Oakland, California.[3] Trader Vic’s rival, Don the Beachcomber, claimed to have created it in 1933 at his then-new bar named for himself (later a famous restaurant) in Hollywood. Don the Beachcomber’s recipe is more complex than that of Vic’s and tastes quite different.[4]

The Trader Vic’s story of its invention is that the Trader (Victor J. Bergeron) created it one afternoon for some friends who were visiting from Tahiti. One of those friends, Carrie Guild, tasted it and cried out: “Maita’i roa ae!” (literally “very good!”, figuratively “Out of this world! The best!”)—hence the name

Most current recipes for Mai Tais based on Trader Vic’s 1944 recipe include rum, lime juice, orgeat syrup, and orange liqueur (typically orange curaçao). Variants may include orange and grapefruit juices, bitters, grenadine, falernum, and so on. Various books from Victor Bergeron described using rum from Jamaica as well as from Martinique, which in modern usage is a Rhum Agricole.”.

Regardless of which side of the drink debate you fall on, I think we can all agree that this magical rum concoction is a truly delightful, island adult beverage and one that you must try so that your Maui vacation is complete.

I’ll cut straight to the point and let you know that my very favorite Mai Tai can be found at Monkeypod Kitchen. But don’t let that stop you from trying one at all of the restaurants and bars you visit so that you can come to your own conclusion.

Monkeypod’s Mai Tai follows the traditional route but with a little twist, the secret, well not so secret, ingredient is in the house-made liliko‘i  syrup made into a foam that tops the drink. 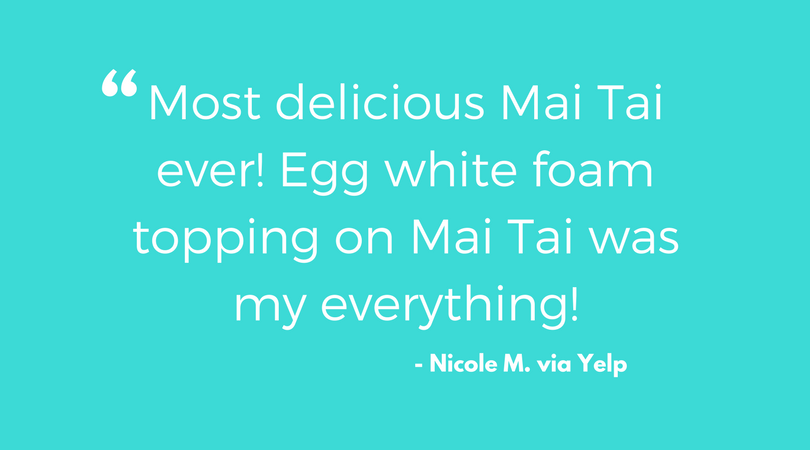 From Maui Magazine; “Jason Vendrell, beverage director/sommelier at Monkeypod Kitchen in Wailea, says, “When we were opening the restaurant, I wanted to do a more classic mai tai, with just one small variation. I was going to incorporate a house-made liliko‘i [passionfruit] syrup, and Chandra Lam [talented mixologist from Southern Wine & Spirits] suggested we make a foam. I think the reason the Monkeypod Mai Tai is so popular is because it is well balanced and refreshingly tart. We also use the best possible ingredients.”

And popular it is!  According to one of Monkeypod’s Instagram posts in January “Monkeypod kitchen Wailea sold 115,000 Mai tai’s this year.”  That’s a whole lot of cocktails my friends, they must be doing something right!

Don’t take my word for it, see for yourself! Monkeypod Wailea is just a few minutes drive from our condo and trust me, they have fantastic Happy Hours from 3p–5:30p & 9p–11p (50% off appetizers).

Maybe you’re reading this from the Mainland? No worries, here’s the recipe for you to try at home. Reproducing the ‘liliko’i’ foam may be a bit of a challenge but home mixologist probably love a good cocktail challenge.

Mix foam ingredients well and put in a nitrous-oxide (NO2) infuser* to half capacity. Use 4 charges for a liter-sized infuser. (Or blend ingredients on high speed till foamy.) Add lime juice, orgeat  (a sweet syrup made from almonds, sugar, and rose water or orange flower water), orange curaçao and Old Lahaina Light Rum to mixing glass. Shake with 1 cup cubed ice about 30 seconds and pour into highball glass. Float dark rum. Top with honey-liliko‘i foam and garnish with pineapple half moon. 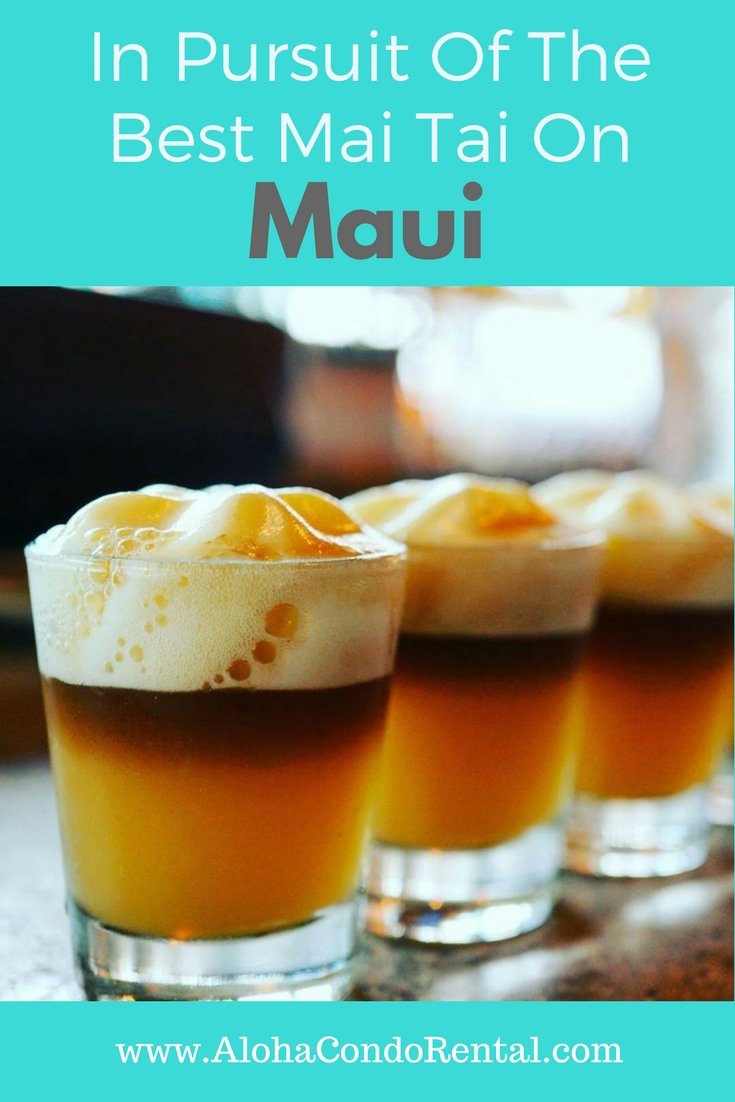