While walking down the South Kihei promenade you might find yourself following your nose to the delicious aroma of fresh baked bread and pastries. And if you were to follow your nose you’d find yourself across from Kamaole I beach in the Dolphin Plaza where you’d find Maui Bread Company, Kihei’s own bakery churning out delicious baked goods.

Get ready to carb load because Kihei’s newest bakery is dishing up a scrumptious ‘homemade’ cornucopia of baked goods including breads with flavors like Passion-Orange-Guava (Pog), Pineapple, Banana and ‘Hawaiian’ (coconut, macadamia nut, pineapple carrot). 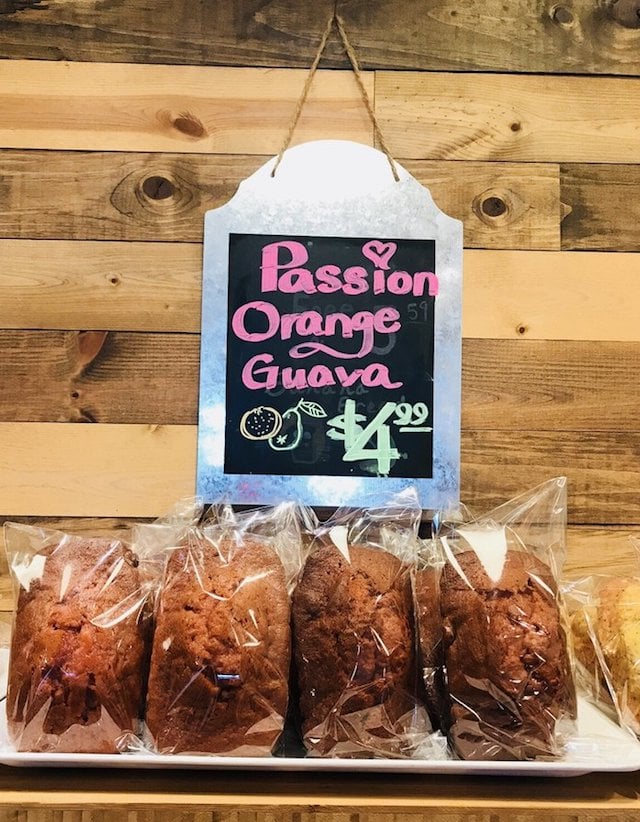 But the menu doesn’t stop there. Be on the look out for Peanut Butter & Bacon cookies, Piña Colada sweet buns, chocolate croissants, Ube mochi (purple yam), savory rolls and more.

Cookies the size of your head! – Doreen B. via Yelp

Maui Bread is one of the few places to pick up some local style Manapua (you can rad more about Manapua in our Ultimate Guide To Hawai’ian Islands Local Foods) and Butter Mochi!

Stop in and follow your nose to delectable baked good and give their coconut coffee a try too!

Visited three times in a week!
This place was amazing. The breads were fantastic. My picky husband loved the cookies. We tried all kinds of things, and everything we ate was amazing. – TripAdvisor Review 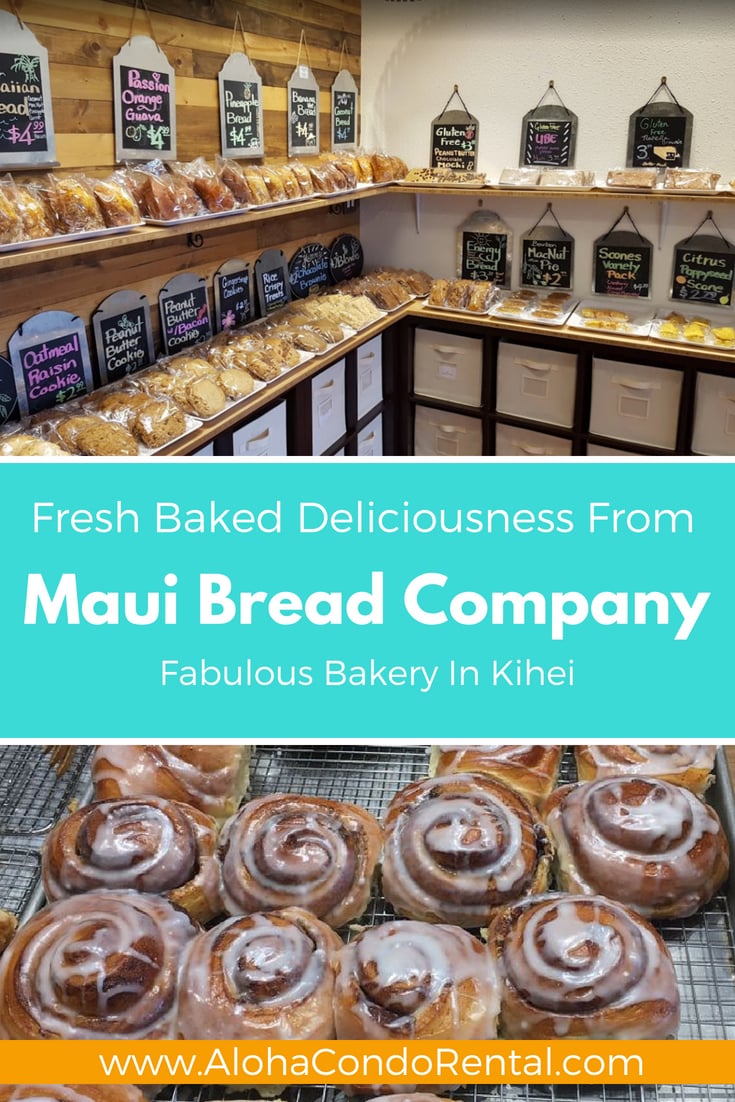 The law, if signed by Gov. David Ige, is slated to go into effect in January of 2021, giving manufacturers and retailers time to transition to reef-safer sunscreen options.

Savvy Hawai’i travelers don’t need to wait to start making a difference. We recently posted a snorkel & scuba guide about the fact that worldwide, coral reefs are in danger and switching to a reef-friendly sunscreen option is one way you can help. 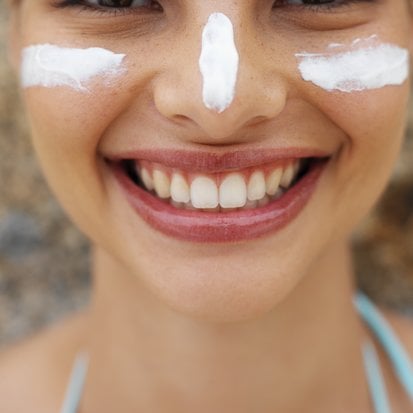 Studies have shown that the two banned chemicals do cause damage to coral reefs. Craig Downs, a scientist whose 2015 peer-reviewed study found oxybenzone was a threat to coral reefs. “Lots of things kill coral reefs, but we know oxybenzone prevents them from coming back.” It also affects sea urchins and kills algae, a source of food for sea turtles, he said. 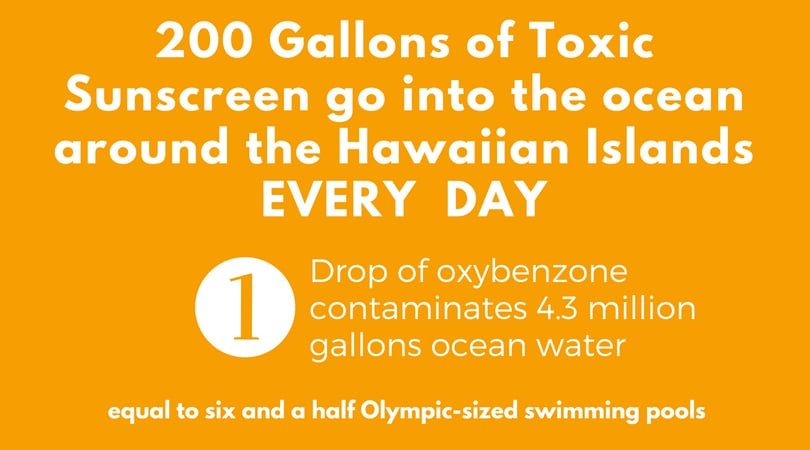 He found as much as 14,000 tons of sunscreen lotion ends up in coral reefs annually. Other ingredients often found in sunscreen, and after-sun lotions also contain mineral oil or petrolatum products. These are both also implicated in coral death and damage.

“According to the Smithsonian’s National Museum of Natural History, coral reefs are crucial to marine and human life.

In addition to protecting sea creatures, the Smithsonian said, the reefs provide food, medication and tourism jobs, among other things — at a value of $30 billion to $172 billion per year. 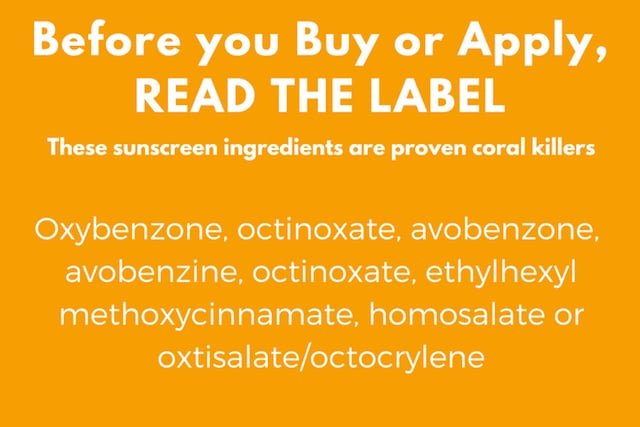 Don’t be fooled by misleading advertising.  Many companies will claim that their product is ‘Reef Safe’ when in fact it contains one of the chemicals listed above or mineral oil, another coral reef toxin. Perfect example – Sun Bum promotes their sunscreen as ‘Reef Friendly’ yet the first four ingredients (Avobenzone 3.00%, Homosalate 5.00%, Octisalate 3.00%, Octocrylene 10.00%) are from the list of reef killing chemicals above. Granted it does not contain Oxybenzone or Octinoxate, but the ingredients list leaves me dubious.  This is where you, as a consumer must do your due diligence and read the ingredients labels. 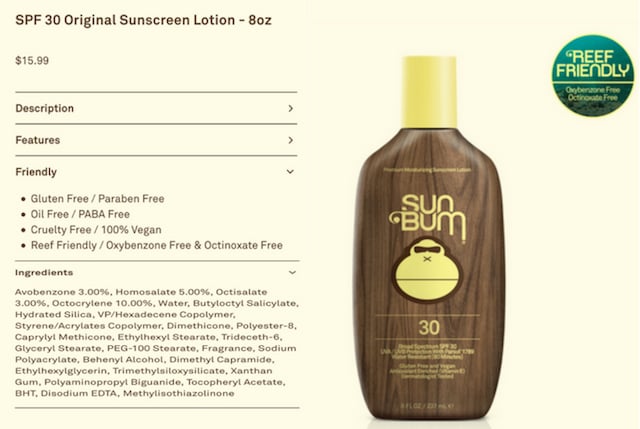 Unfortunately, people also pose the greatest threat to coral reefs,” according to the Smithsonian. “Over-fishing and destructive fishing, pollution, warming, changing ocean chemistry, and invasive species are all taking a huge toll. In some places, reefs have been entirely destroyed, and in many places reefs today are a pale shadow of what they once were.” ” (Washington Post)

Coral reefs occupy less than 1% of the ocean floor, yet are home to more than 25% of the ocean’s marine life.

In an effort to protect Hawaii’s reefs, Hawaiian Airlines last month began offering passengers free samples of natural sunscreens without those ingredients. The airline is also encouraging its passengers to learn more about Hawaii by showing an 11-minute documentary on each flight about the environmental challenges affecting reefs. (CNN)

Did you know Sunscreen chemicals can also be found in your urine within 20 minutes of application, which is why sewage is a leading carrier of these chemicals. So be sunscreen smart wherever you live, to do your part to protect your skin and coral reefs. (EWG)

Here’s what YOU can do when visiting Maui and the surrounding Hawai’ian Islands (and of course anywhere you travel.)

TIP- The FDA recommends not using aerosol sprays on children because they are more likely to inhale the product into their lungs.

TIP- Be sure to inspect the label to make sure the mineral says that it is “NON-NANO.” Although these products may rub on a bit whiter, they do not penetrate the skin, placenta or blood brain barrier. Many brands also make tinted versions!

One other very important thing to also consider is the effect these chemicals have on our bodies. According to the Environmental Working Group’s piece on The Trouble With Ingredients in Sunscreens, many of the chemical sunscreens adversely effect our hormone and endocrine systems. If these chemicals are killing entire ecosystems, what must they be doing to our body?

We know that oxybenzone acts like estrogen in the body, alters sperm production in animals and is associated with endometriosis in women. It’s also implicated in relatively high rates of skin allergy. 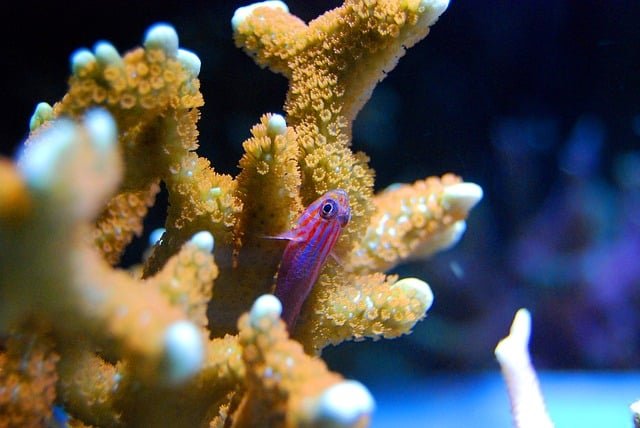 Do we really want this on our skin or in our environment?

On a very personal note, I’ve used sunscreen religiously on my trips to Maui over the last 25 plus years. I’ve used all the name brands containing a plethora of chemical ingredients, and without fail every year I would break out in a ‘sun rash’ if I exposed my skin too long while wearing chemical sunscreens.

Finally, about 5 years ago, I switched to a zinc based natural sunscreen. I bought one made specifically for babies as they have such tender skin, my reasoning was that it had to be better and more gentle than what I could (at the time) find in Maui. I’ve since found several others that I really like. 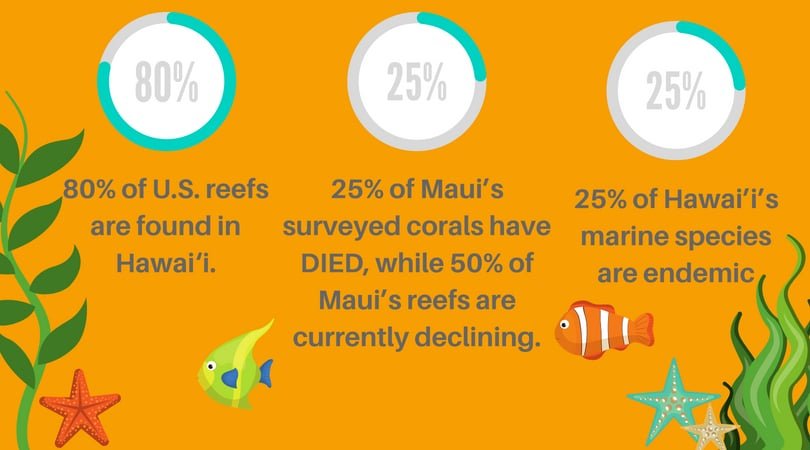 Here’s a list of truly ‘Reef Safe’ sunscreen companies you can try with some notes about each. In no particular order.

Stream2Sea. Personal favorite, sells a tinted version that I like.

Hawaiian Sol I like their SPF 15, pleasant smell, not too white

Mama KULEANA Made on Maui!

The Honest Company Offers a spray version of their mineral sunscreen.

Reefs At Risk The Cover Up Film 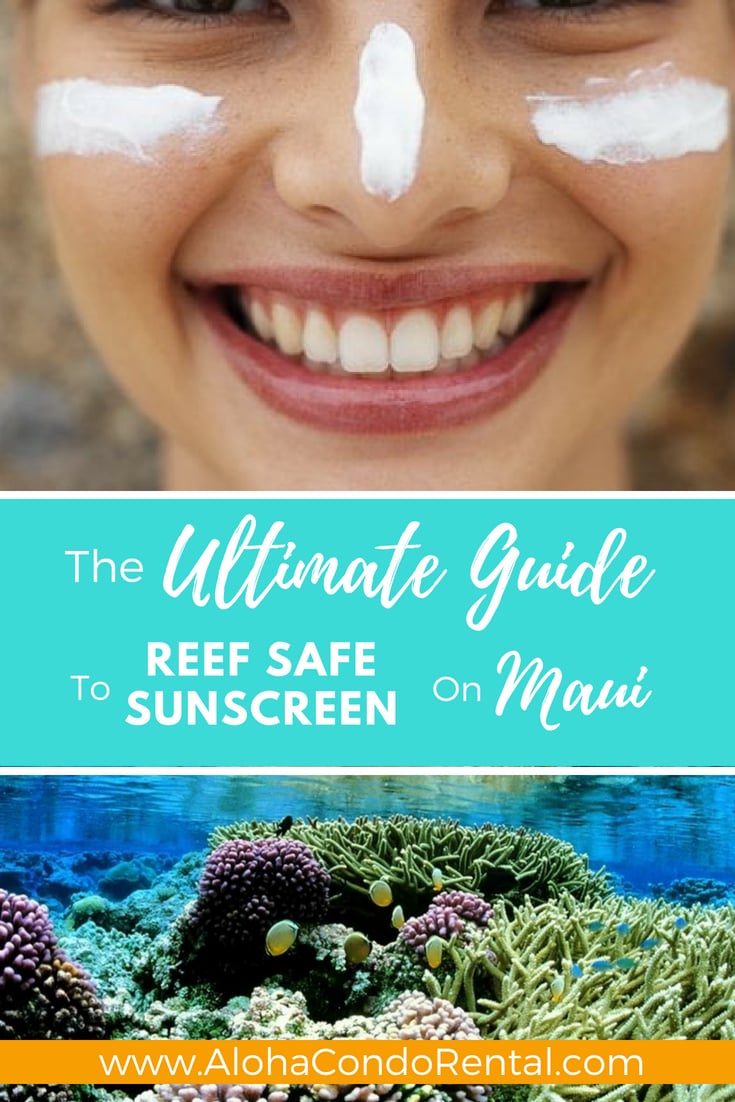