Two of Maui’s top activities are snorkeling and diving, and more specifically, snorkeling and diving Maui’s coral reefs. Today I’d like to present you with our Maui Coral Reefs, The Essential ‘Pono‘ Guide so that you can make the most out of your snorkeling, diving and ocean activities that involve Maui’s amazing reef ecosystem. This is a topic I feel very strongly about so bear with me as this is a longer than normal post. 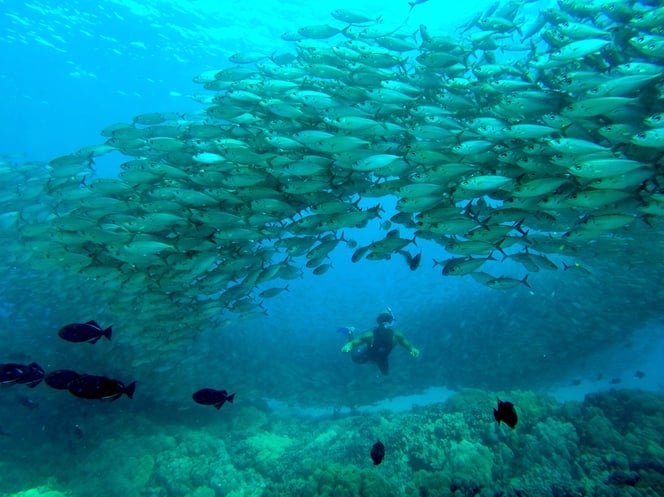 Let’s start with some facts about the coral reef system in Maui.

• 80% of U.S. reefs are found in Hawai‘i.
• 25% of Hawai’i’s marine species are endemic (found nowhere else on Earth).
• Hawai‘i has the highest rate of endemism* for any large-scale reef ecosystem in the world.
• The Kumulipo (Hawai‘ian creation chant) identifies the coral polyp as the first form of life.
• Hawai‘i hosts about 40 species of hard, reef building corals.
• Maui’s coral reefs support over 400 species of fish.

And the most important fact
• In the past two decades, 25% of Maui’s surveyed corals have died, while 50% of Maui’s reefs are currently declining.

*Endemism is the ecological state of a species being unique to a defined geographic location, such as an island, nation, country

Knowing all of this, it’s clear that Maui’s coral reef system is something special indeed and it’s our responsibility to protect and care for it.

So what exactly is coral and the reef system? According to Maui Nui Marine Resource Council,

“Coral reefs are made up of millions of living, breathing animals known as coral polyps. Related to jellyfish and anemones, coral polyps have a single opening surrounded by tentacles that are use to capture food. There are two types of corals: hard corals and soft corals. Hard corals – known as reef building corals – excrete a hard, protective “cup” of calcium carbonate (limestone). This rigid skeleton forms the framework for coral reefs. Soft corals (for example seafans) do not build calcium carbonate skeletons and are not considered reef builders.”

But more than this, the reef ecosystem consists of not just the coral but the sea life that co-exists with it including fish, sea turtles, invertebrates and mammals.

And why are coral reef and the reef systems so important? 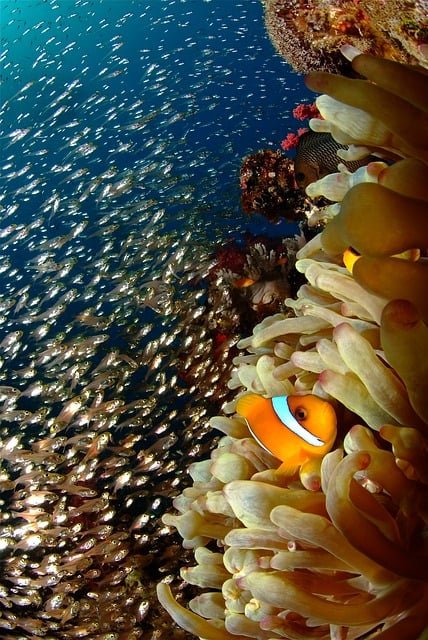 “Coral reefs are considered one of the most biologically diverse ecosystems on the planet. Dubbed the “rainforests” of the sea, reefs play a critical role in maintaining natural diversity and providing a home to thousands of species.
Corals also support healthy human communities, and are responsible for providing:
• Food
• Recreation
• Tourism (economics)
• Medicine
• Protection from large storm and wave events”

Coral reefs are considered one of the most biologically diverse ecosystems on the planet. Dubbed the “rainforests”

So let’s discuss what we can do as visitors to Maui when enjoying this amazing, fragile living organism. Here’s where the ‘pono’ comes in. In Hawai‘i, ‘pono’ is an overarching principle that essentially means to do what is right or proper.

While we know that three of the primary drivers behind Maui’s declining coral reefs are 1) Land-based pollutants, 2) Over-fishing and poor enforcement of fishing regulations and insufficient ‘resting’ (kapu) sites that protect marine life by providing time and space to recover from these stressors and 3) rising ocean temperatures, there are two lesser known extremely significant drivers, chemical sunscreens and recreational overuse. Hawai‘i’s tourism industry brings thousands of people into contact with its reefs. Uninformed and unsupervised divers and snorkelers who touch or accidentally trample living corals can have a cumulative and significant impact over time, especially when concentrated in small areas. Further, studies show that the use of chemical based sunscreen products are actually causing ‘coral bleaching’. To give you some insight, the film, ‘Reefs at Risk’, released earlier this year, raises awareness of the harm that certain chemicals, like Oxybenzone, do to Hawaiʻi’s reefs.

Let’s have a closer look at Sunscreen use.

As we mention in our ‘Maui Beaches’ guide;  Sunscreen is an absolute necessity in Maui. We’re close to the equator and the sun is intense. Sunburns are no fun so apply early and often.  Maui reefs are experiencing a tremendous amount of damage and coral bleaching due to the chemicals in sunscreen. Please do your part to preserve our beautiful reef systems for generations to come and avoid sunscreens containing the ingredients
• Oxybenzone
• Butylparaben
• Octinoxate
• 4-Methylbenzylidine Camphor

Generally speaking ‘Natural’ sunscreens are best. Look for brands that contain titanium or zinc oxide instead of chemical sun-block. You may have trouble finding natural sunscreens in the chain stores but we’ve found that Down To Earth natural market in Kahului and Hawaiian Moons in Kihei (just next door to our condo) both offer a wide selection of natural sunscreens. ABC stores are now carrying a small selection of reef safe sunscreens.

According to The Guardian, “hundreds of sunscreen products use oxybenzone, including those made by Coopertone and Banana Boat. Some manufacturers have started to produce sunscreens marketed as “reef friendly”, but scientists warn that, like the labels “healthy” and “natural” for food, there is little to no regulation over such claims and consumers should check ingredients.”

And in January of this year, Hawaii state senator Will Espero introduced a bill which would ban sunscreens containing oxybenzone and octinoxate in Hawaii (except under medical prescription) to the state Congress. Espero argues that a ban is important to preserve the state’s tourism industry, because Hawaii relies heavily on tourists attracted by its coral reefs.

It’s no secret that the personal care product industry is pushing back and lobbying against legislature banning these products. The multi-billion dollar industry argues that significant other factors are causing reef die-off and their products have tested safe for reef. Regardless of which side of the argument you find yourself, it would seem prudent to err on the side of caution and discontinue using these chemicals when a more natural and more effective sunscreen is available.

On a very personal note, I’ve used sunscreen religiously on my trips to Maui over the last 25 plus years. I’ve used all the name brands containing a plethora of chemical ingredients, and without fail every year I would break out in a ‘sun rash’ if I exposed my skin too long while wearing chemical sunscreens.  Finally, about 4 years ago, I switched to a zinc based natural sunscreen. I bought one made specifically for babies as they have such tender skin, my reasoning was that it had to be better and more gentle than what I could (at the time) find in Maui.

The first year I used Babo Botanicals with an SPF 30 factor.  It was the first time ever that I didn’t end up with a rash and my skin was beautifully bronzed. I never burned despite the intense equatorial sun and I’ve been a convert ever since. I’ve put together a list on Amazon.com of the Zinc and Titanium dioxide based sunscreens that I have personally used with great results.  At the time I started using Babo, I had no idea about the dyeing coral. I’m glad I switched when I did. 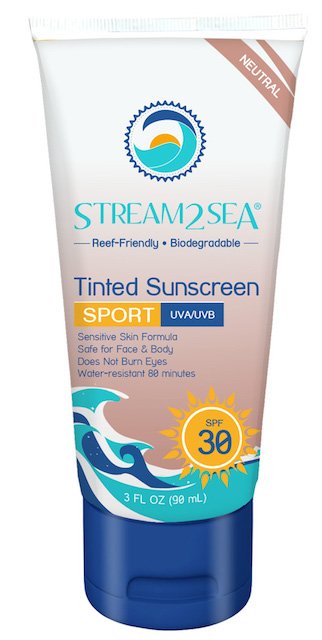 Another brand that I’ve had great luck with is Stream2Sea – they make a tinted sunscreen with 30SPF that works wonderfully – especially if mixed with Maui Babe coconut oil browning lotion.

Finding these brands or similar Zinc/Titanium dioxide on Maui is not the challenge that it was even 4 years ago.  They can be easily found at Down To Earth Market  in Kahului, just a mile or so from the airport (we stop here upon arrival and stock up on select organic groceries) or head to Hawaiian Moons Natural Food store, just a 5 minute walk from our condo. Both carry several great brands in both lotions and convenient sprays (SPF lip balm too!)

What can you do?

Here are ways you can protect this amazing island and world asset while visiting Maui; 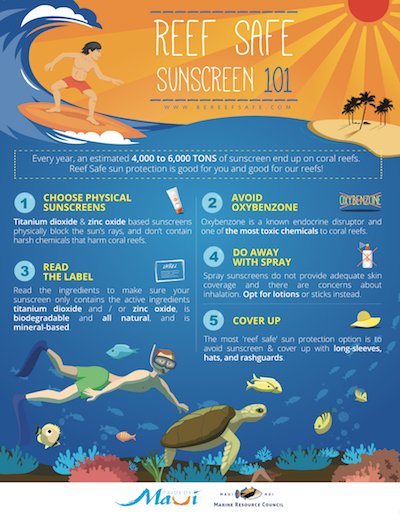 • Wear a sun protective rash guard.
• Be a responsible snorkeler, diver or watcher of ocean life.
• Don’t walk on the coral. Remember, if it’s SAND it’s ok to STAND. Walking on the reef can kill the coral animals that inhabit it.
• Prevent pollution by carrying your trash out when visiting Maui beaches. Even better, practice some island Aloha and pick up ANY trash you find on the beaches. Even the smallest piece of plastic. It all adds up.
• Don’t feed the fish. They have a very specific diet that helps them fit into their environment.
• Never harass fish, let them come to you.
• NEVER take or pick coral.
• Don’t drag kayaks or surfboards over the reef
• Leave only bubbles.

Here are a few easy to use resources on best practices while snorkeling or SCUBA diving.

On a more global scale, you can help prevent coral reef destruction by heading over to view the Coral Reef Alliance page on What You Can Do. 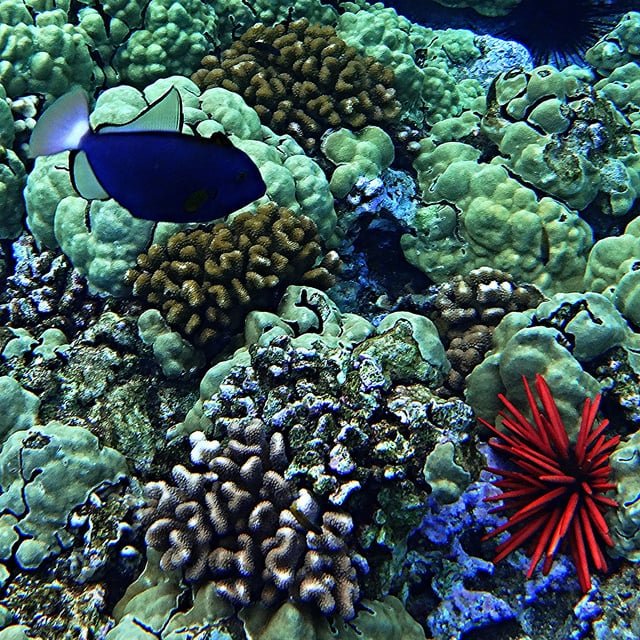 Alternately, view Maui Nui Marine Resource Council ‘Get Involved’ guide. Mauireef.org’s simple statement says ‘Saving Maui’s reefs comes down to taking action on a personal level. Educating yourself, friends, and family about the issues that are threatening Maui’s reefs is a first major step. We also encourage you to research ways to minimize your ecological footprint. For example, switching to reef safe sunscreen and avoiding the use of harsh chemical cleaners can go a long ways towards improving reef health.’

What does that mean? Well, it means reducing your carbon footprint in an effort to reverse the effects of global warming. Extra heat from warmer temperatures puts stress on the coral, which leads to bleaching. Bleaching is the loss of color from tissue, causing it to expose its skeleton. How can you reduce your footprint?
✓ Recycle to limit the amount of pollutants in our landfills
✓ Compost your biodegradable waste in your garden
✓ Plant a rain garden to absorb polluted runoff
✓ Avoid pesticides which can runoff and end up in our ocean
✓ Conserve water—careful water usage means that less runoff will end up in the ocean
✓ Buy sustainable seafood
✓ Become an advocate for reef conservation
✓ Be a pono (responsible) fisher, taking only what you need
✓ Avoid buying items that are made from coral or other marine life

These are but a few of the important steps we can take to preserve not only our coral reef systems but our Mother Earth as a whole. 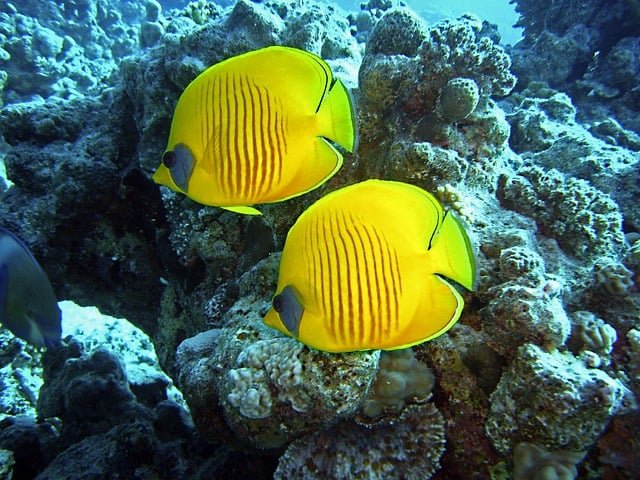 What steps have you taken to help ensure the coral reefs are around for future generations. Join the conversation in the comments section below and let us know what you’re doing or if you’ve found a great ‘Reef Safe’ sunscreen brand! 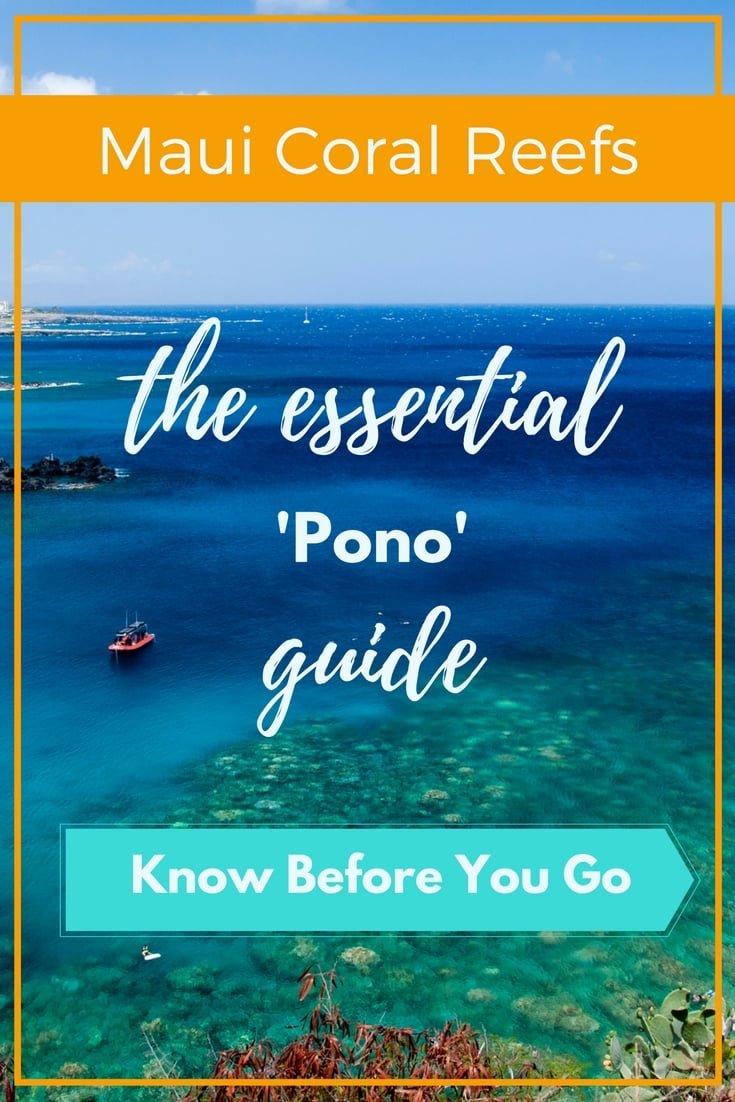